If you’ve recently adopted or purchased a puppy, then you’ve probably figured out just how little training or instincts a puppy is born with. As your puppy grows, you should teach it different things. Here’s a step-by-step guide to the first six months of training for your new puppy.

There are a couple of things you should do during the first month your puppy’s with you. First up — get them used to their dog collar and leash set. Even if they’re using a potty pad and not going outdoors, they will be eventually. They should be familiar with a collar and leash so that when you introduce the outdoors, they won’t be overwhelmed by wearing a collar, lead and exploring the outside.

Then, you should also get them to identify where their food and water is located. Keep this in a consistent spot — dogs, like many other animals, rely on associative and muscle memory. This means that their experiences, whether positive or negative, or how frequently they’re exposed to something or do a certain action can cause them to develop an immediate response. Because of this, keeping their food in a consistent spot will train your pup to utilize their muscle memory in going to the same place for their food each day.

In the second month, your puppy should start to explore outside. This also means you should start leash training. Leash training can vary — whether you train them to stay close to you while on the leash or continue building on their comfort level while wearing it, it’s entirely up to you. But, as they approach their 8-week mark, your pup will have crossed the threshold into the dog-toddler stage, so they should be exploring more. This is also the time you will start to train your pup to go outside to relieve themselves, instead of doing it on a specific pad. 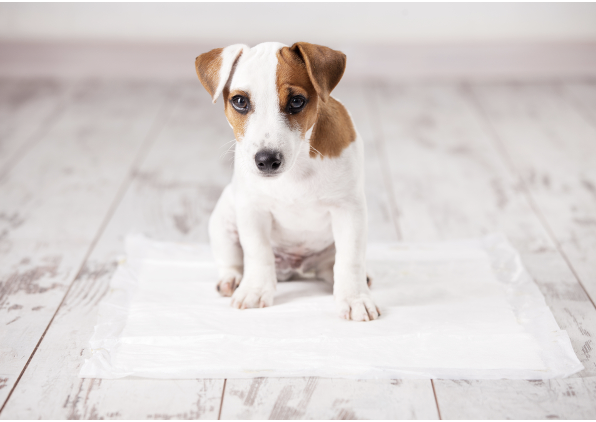 By the third month of your puppy’s time with you, you should be focusing on orienting your pup to the outside world. This includes taking them on car rides, visiting a dog park for the first time or even going to the vet or groomer. It’s important your dog gets exposure to the outside world because you otherwise won’t be able to train them well on anything else. Make sure to order them a tracking pet tag, such as a Tile for dogs, in the event they go chasing after something that excites them on their new exploration!

Additionally, you should start to train your dog to listen to simple commands. While most dog owners tend to start with “sit,” you could also choose to start with “come.” The simpler, the better — and that goes for the commands, too! Rather than using longer phrases, think about how you can shorten your commands to one word.

Of course, it’s also important to consider your tone of voice when giving commands to your puppy. Think about being less aggravated or sounding less annoyed and instead like a strong recommendation or request. Your tone of voice can truly impact your puppy’s willingness to obey you. While dogs are easily trainable, you’ll want them to be willing to obey you rather than fearing you or choosing to ignore you.

In the fourth month of puppy training, your dog should start to interact with other dogs more often. Whether that means you continuously expose them to dogs of friends and family or you take them on frequent trips to the dog park, your puppy should start to learn more about getting along with others. If you have other dogs in your own home, now would be the time to allow the dogs to socialize together as much as possible instead of separating them. Keep them uncrated whenever you’re home and allow them to explore and play together.

If you haven’t already put up a fence in your yard, consider doing so by the time your puppy reaches four months. This way, your dog can learn to play outside without your constant supervision and start to learn how to play well with others entirely on their own.

The fifth month of puppy training continues to build on what you’ve been working on. If your puppy has been excelling at playing well with others — including humans! — and going for walks on leashes, you can start to teach them other commands, such as “heel” or “drop it.” Some of these might have been taught in previous months, but they should definitely be working towards mastering these by their fifth month.

Learning commands such as “no biting” will go a long way in ensuring that your puppy can interact in the outside world with other dogs and people. Since your puppy will probably be going in for a 6-month check-up at their vet, you’ll want to wow them with the progress you’ve made with your puppy. You do that by staying dedicated to their training!

By a puppy’s sixth month, they should know what furniture is acceptable for them to lie on, how to play well with other dogs and humans and how to sit before getting fed or being given a treat, and they should also know how to be without you for periods of time. Of course, during a pandemic where many people work from home, it can be tough to teach your pup how to be alone. However, you can simply put your pup in another room, shut the door to your workspace or even let your dog outside while you work to reinforce the idea that they can be alone without you and vice versa.

Other Things to Note

Puppy training isn’t easy, so it’s important that you remain dedicated to it, even when it seems like your puppy just isn’t getting it. Remember to speak calmly and clearly, and don’t forget positive reinforcement! With a little patience, you’ll have your puppy trained well within the six-month mark. 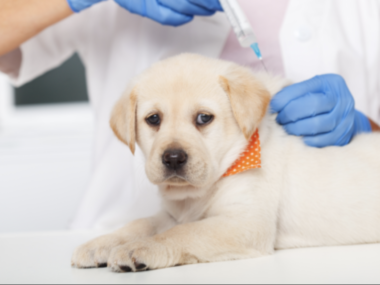 Read More
If you are a pet owner in Atlanta, you will know that there are plenty of great facilities…
Read More 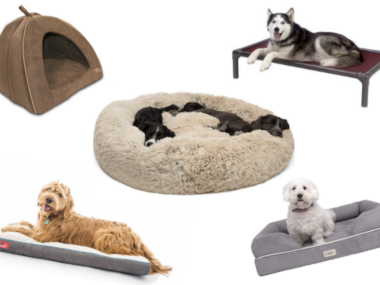 Read More
Dog beds aren’t only for your pet’s comfort; they may also improve their health, hygiene, and mood, to…
Read More