Alfonso Davis is on his way to becoming one of the biggest football stars of the decade. The 20-year-old Canadian international has already won the Champions League with Bayern Munich and is one of the best defenders in the world. But it is his background as the child of parents born in a refugee camp in pre-war Liberia that makes his journey to the top so remarkable.

Davis spent the first five years of his life as a refugee in Ghana before being resettled with his family in Edmonton, Canada. There he learned to play football with the organization Free Futie, which provides facilities, equipment and transportation to children who cannot afford it.

But Davis earned his place at Bayern at the age of 17 after a brilliant season with the Vancouver Whitecaps, in which at 16 he became the second youngest player in the MLS after Freddy Adu.

– ESPN FC Streaming daily on ESPN+ (US only)
– Bundesliga on ESPN+ : Live and streaming playback (US only)

Davies, who has become a world star at Bayern, was named a UNHCR Goodwill Ambassador on Wednesday, the UN refugee agency announced: I want people to know how important it is to help refugees, wherever they are, in camps or in cities, because they need not only our support to survive, but also access to education and sport, so that they can fulfil their potential and really develop.

Filippo Grandi, the UN High Commissioner for Refugees, said Davies embodied the power of sport and the player was determined to use his story to inspire others who had gone through the same hardships as he did as a child, while helping to eradicate the stigma many refugees face.

Alfonso Davis uses his position to help those in need. Alliance Sven Hoppe/photo via Getty Images.

ESPN spoke with Davis during a Zoom Roundtable interview hosted by UNHCR to discuss his new role. In doing so, he spoke candidly about his journey from his difficult beginnings to using his platform as an internationally acclaimed footballer to raise awareness of the difficulties refugees still face around the world.

Q. What was your parents’ message for your start in life?

A. From what my parents told me, it was a tough road. It was not easy for her to leave war-torn Liberia and then go to a refugee camp. It was hard to find food, water, and then another baby, but they struggled. They were happy.

Q. It wasn’t an easy decision for your parents, but an important one?

A. The story of my father as it was in Liberia during the war. We knew there were only two options: Either you’re part of the war or you’re trying to get out of it. I’m glad they’re gone, because my parents had no intention of carrying weapons or shooting. They’re not like that. Everything in the refugee camp was a struggle, it wasn’t easy, but they lived. I can imagine the smiles on their faces because they know we will have a better life if we are accepted into the resettlement program to go to Canada. They were so excited, it was an incredible relief.

Q. How do you keep the balance between business and football?

A. I believe my personal story can help change people’s lives. It makes me work harder and I will never forget where I came from. Being a refugee is part of my story, and I’m happy to share it with you. It motivates me every day to be who I am, to reach out to people, to tell them there is hope, and to help others become aware. I also want to be a role model for other refugees. So they look at me and see that there is hope. So you know we can do it if we believe in ourselves. I really want to make people aware and open their eyes to the situation in the world.

Q. Right now there are many refugee crises in countries like Syria, Myanmar and DR Congo. How can you use your experience to inspire children in these situations?

A. I want my story to motivate people, to give them hope that they can be who they want to be. There are many sad situations in the world, in many countries. I want to share my story, offer my support, and of course educate people about these situations. That’s why I want to use my platform. That is what I want to do and what I will do.

Q. Can you help remove the stigma of refugees? That leaves a lot of racism and negativity towards them.

A. This is very important. Although I am a footballer, I still face racism. And even though it’s not about skin color, people look at you differently when you move. It’s a difficult situation. We must educate people, make them understand that we are all human beings, that we are all in this world together and that we must have respect and love for each other. But, I mean, it’s hard. There are people who don’t care. They say what they want, and these are the people we are trying to change, to open their eyes to the fact that no matter where they come from, they can help each other as much as they can.

Q. How has growing up in Canada affected your football career?

A. When I moved to Canada, football helped me make friends. Football has helped me to express myself. Football has done a lot for me. Playing the game in Canada was incredible. I made a lot of friends there. Then I became myself. It’s great, you feel like you play with your friends every day. I was a shy kid in high school, but when I started playing football I made more and more friends. It shows you who you are. I mean, football’s not just a game. It is due to a range of other factors. When I joined the Whitecaps, I was with my team, the Edmonton Strikers, and we went to Vancouver for a tournament. I think one of the coaches or recruiters saw me and contacted my then coach and said they wanted me to come by for an interview.

So I went downstairs, of course. They liked what they saw, and my mom didn’t really like the situation – going to Vancouver alone at 14. School was important to my parents, they wanted me to get a good education, to have something to fall back on. And I’m glad it worked. I promised my parents that I would stay as I am, that I would not change, so they let me go. In the end, everything went well.

Q. You are now the most famous athlete in Canada, fans are buying Bayern Munich shirts with your name on them, so how important is it to use your voice and profile?

A. I only use my platform to draw attention to situations in the world. I am very grateful that people wear my sweater and look at me. It’s amazing. Even now, I watch the great athletes and listen to what they have to say. That’s why I’m happy to be able to use my platform and voice to motivate and raise awareness for young people around the world.

Q. How do you discuss your role with your teammates or opponents? Are you trying to persuade other players to follow your lead?

A. There are a lot of other people who do the same thing I do. When I talk to my teammates, I think they know that I am now a UNHCR ambassador, but I haven’t had a chance to talk to them yet. I’m still pretty new to this, but opportunities arise to sit down and talk with them and give my thoughts on the situation. 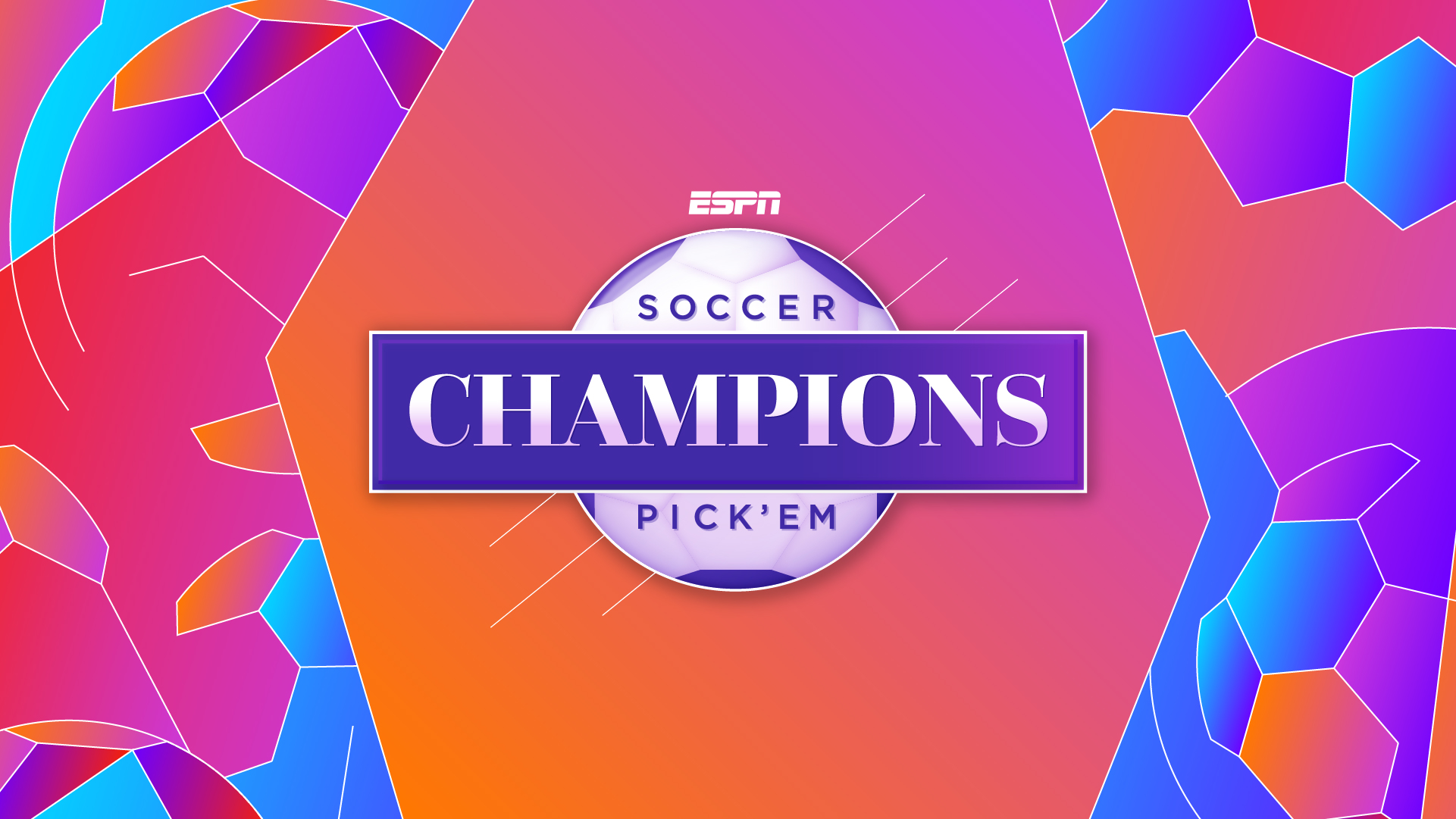 Make your picks in the Champions League and play to win $4,000 in Amazon.com gift cards! Make your choice

Q. Does your refugee background affect your career?

A. Yes, when I look at my story, for me it’s my story and people see it as a motivation. I think my story can encourage other people, whether they are young refugees or young players, to do this. I just want to give them hope and encouragement and tell them that if he can do it, I can too. That’s the message I want to give them. Every time I look at my story, it’s an encouragement to me to work harder every day. I know where I came from and where I am now, and that’s the motivation I have in me.

Q. You haven’t forgotten your roots, but who will help you keep your feet on the ground?

A. There is a fairly small circle around me and everyone in that circle wants the best for me. I think the most important ones are my family ….. Knowing their history, knowing where we come from, keeps me grounded. My mom always tells me to be a good boy, like she says. My friends help me keep my cool, as does my manager – he just tells me to remember where I came from. The support around me is incredible and everyone has my best interests at heart.

Q. Do you plan to return to Ghana?

A : I haven’t been back since I left, but it’s definitely on my list. I want to come back and see where I grew up, where my family grew up and where I spent the first five years of my life. I’m glad to have the opportunity to go back, even if it’s impossible right now with everything that’s going on (with the COVID-19 pandemic). But I would love to go back in the future to see the country.

Q. In conclusion: What is your message to all refugees?

A. I just want to say that we support you and we’re here. I would love to be a part of the program to help spread the word, and I hope you can use my story as motivation for your own lives. I am happy to work with UNHCR and look forward to the work.

Michael Owen has been talking to a number of British newspapers recently, claiming that he has close ties…
Read More

Read More
Carnival Row, Amazon Prime Video’s successful scheme, returns from season 2. Other than that, the fans are happy.…
Read More
For the weekend, Falcon and the Winter Soldier delivered one of the most impressive opening episodes of the…
Read More
This summer, Joel Coen’s The Tragedy of Macbeth would make its world premiere at the iconic Old Vic…
Read More
The final episode of WandaVision, Breaking the Fourth Wall, revealed to viewers what most fans had already understood…
Read More