Bejing’s residents can take driverless taxis – for just £3.30 per ride

The Chinese capital’s transport commission has greenlit a pilot programme that will see commuters travel around certain parts of the city in driverless cabs at a reduced cost. Commuters will pay a fee of just £3.30 per ride to take a spin in an electric vehicle – that’s a hefty discount on the normal £6.00-a-ride fare.

For those who aren’t familiar with it, Didi Chuxing is a Chinese ride-hailing service that formed when Uber was forced to sell its Chinese operations to it in 2016. (Didi, which means “honk-honk” in Chinese, is shorthand for “Didi Dache”, which means “Honk Honk Car” in Chinese.) In addition to its ride-hailing app, the company also operates a carpooling service that’s like UberPOOL, Lyft Line, and Via rolled into one. 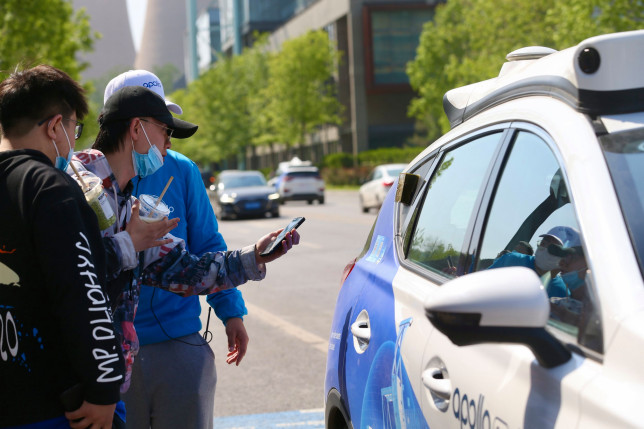 A customer boards an Apollo robot taxi in Shougang Park in Beijing (Getty).

Unlike Baidu’s previous demonstrations of autonomous driving in the capital, for the first time there was no safe driver behind the wheel. Instead, the employee sits in the passenger seat and handles all emergencies.

Up to 10 Apollo robot taxis operate in an area of about 1.2 km², picking up and dropping off passengers at eight stops in Shugang Park, west of Beijing.

The park is a former steelworks site that has been transformed into a tourist attraction and a venue for the Beijing Winter Olympics in 2022. 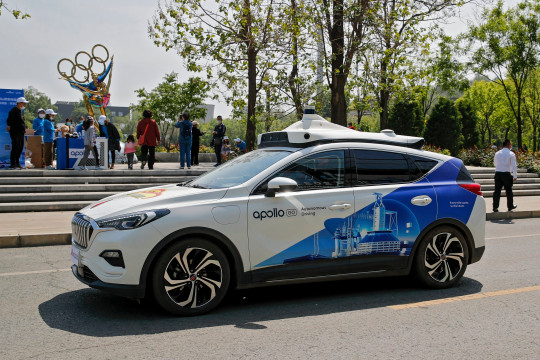 Although traffic was light, the park saw an influx of tourists on the second day of China’s International Labor Day holiday.

Robotaxis had to slow down several times when pedestrians or curious tourists approached the cars to take pictures.

Kelly Wang and her husband, who works in the field of artificial intelligence, said the trip had gone well.

I encourage people to experience it for themselves. There is a strong sense of technology because no one is in the driver’s seat, she says. Her husband is even considering buying one for their family.

Passengers can order a robot taxi through the Apollo Go app. When the car stops, the passengers are asked to check their identity before boarding, and the taxi starts moving as soon as it is sure that the passengers are wearing their seatbelts. 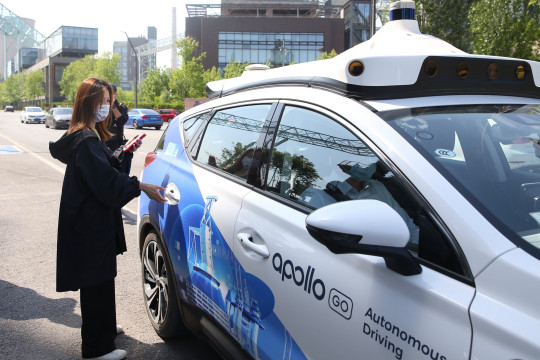 One participant, Amy Lee, is still skeptical of autonomous driving because driver behavior on the road can be challenging.

We’ve all experienced situations where other cars crossed the line or abruptly changed lanes. Humans have emotions and robots don’t, at least not yet, she said.

The robots may not be able to handle such changes.

Baidu, known for its search engines, has been testing autonomous driving on open roads since last year. The Apollo Go robot taxi has carried more than 210,000 passengers in three Chinese cities and plans to expand to 30 cities in the next three years, the company said in a press release.

PLUS David Gandy talks about the smart home, Jaguar’s car technology and why he’s on the Android team.

Get the latest news, great stories, analysis and more.

Read More
A new vaccine developed by the Centers for Disease Control and Prevention (CDC) has been approved to administer…
Read More
Jaiden Fields is a pitcher for the Georgia Bulldogs, but she’s also a pretty big softball star. Fields…
Read More