NFL players show off their 2021 ‘My Cause, My Cleats’ footwear

The NFL Players Association announced on Wednesday, February 13 that it will be releasing a line of cleats to raise awareness and funds for various causes. The line is being called the “My Cause My Cleats” campaign.

The “my cleats my cause 2021” is a new NFL initiative. The players will be wearing footwear that has a specific cause on it. 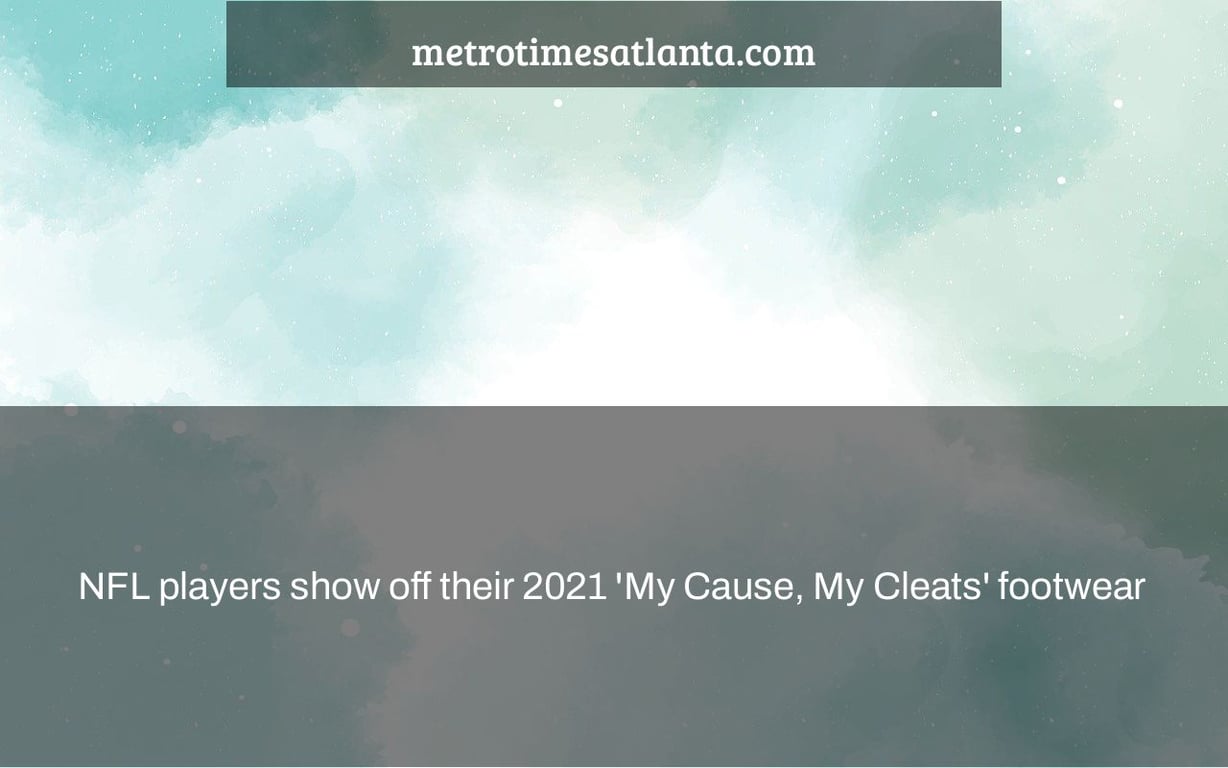 The V Foundation and ESPN are both dedicated to the battle against cancer. The dates for V Week 2021 are November 30 through December 12. Please give to cancer research at V.org/donate if you are able.

The annual #MyCauseMyCleats weekend in the NFL is here. It’s the one weekend of the season when players may wear non-team-specific shoes while still adhering to the NFL’s uniform standards.

Quenton Nelson, a three-time All-Pro guard for the Indianapolis Colts, will be supporting the V Foundation during Sunday’s game against the Houston Texans.

Nelson, who lost an aunt and uncle to cancer, said Jim Valvano’s memorable ESPYS speech “Don’t give up… Don’t ever give up” has inspired and pushed him. Valvano delivered the speech while fighting cancer in 1993. In conjunction with ESPN, the V Foundation for Cancer Research was founded after that address.

Nelson told ESPN’s Mike Wells, “Jimmy V’s ‘Don’t Give Up’ speech has had a tremendous influence on my life…” “A couple of times a year, my closest friends and I have ‘Jimmy V evenings,’ when we drink beers, smoke cigars, drink scotch, and listen to music till 3 a.m., and we attempt to laugh, ponder, and weep as Jim mentioned in his speech.”

Nelson has earned approximately $79,000 for cancer research as a V Foundation ambassador and via his own “Blocking Cancer” project for the V Foundation.

Here are some of the other cleat styles that will be worn this weekend by players:

The Why Not You Academy’s children are featured in this year’s @DangeRussWilson #MyCauseMyCleats.

Having faith in a brighter future

This is a deeper look at @johnnystantoniv’s #MCMC cleats this year. They will be auctioned off after the Browns’ week 14 game versus the Ravens, with all proceeds going to @AthleteAlly.

Being a part of this effort was an honor. Thank you so much for getting in touch! pic.twitter.com/e1y7CMerVh

In his own words, here’s why this cause is so important to Davis. image. (THREAD, 1/5) twitter.com/J0Ja2XjZyL

Honored to be a part of the @SpecialOlympics team for #MyCauseMyCleats pic.twitter.com/03d5QZzfFb

In recognition of the causes they’ve decided to support via #MyCauseMyCleats, NFL players are wearing personalized cleats during week 13 of the season.

River Cracraft of the San Francisco 49ers picked Hilinski’s Hope as his charity.

River was the first WSU player to receive Ty’s first touchdown pass, and the two were more than teammates… pic.twitter.com/vwrbskbENj

@ZEUS 57’s bespoke cleats are created to pay tribute to individuals who have battled and lost their fight with diabetes. pic.twitter.com/DIx8E9weAl

These cleats symbolise sacrifice and service. It’s an honor to pay tribute to @the USO and the Jasen family. Thank you to @USAA for assisting me in honoring military members, and to The USO for keeping America’s service members linked to their families, homes, and nation. #SaluteToService pic.twitter.com/fbvz8BUt6S #MyCauseMyCleats

I am certain that teaching financial literacy to children may transform families, communities, towns, nations, and the globe. That’s why I’ll be wearing my @worldofmoney jordan 11 cleats for #MyCauseMyCleats this year! What are your thoughts? #nfl #finance #mycausemycleats pic.twitter.com/lhqC1iFtRF

This game day, 12/5, for @NFL #MyCauseMyCleats, #MDA National Spokesperson and @Colts running back @TheNyNy7 and @MiamiDolphins @Thegreglittle will be promoting MDA! Thank you for bringing MDA and the #neuromuscular community to our attention. For further information, go to: https://t.co/CfYnF4PsBv pic.twitter.com/vxIXDDE5YA

Every pair has its own significance. #MyCauseMyCleats

When the Bengals lace up this Sunday, they’ll be representing causes they care about. #MyCauseMyCleats | @CareSource

Every pair has a certain role. #DUUUVAL x #MyCauseMyCleats pic.twitter.com/S9nHBTor7w

The “my cleats my cause 2021 auction” is a charity campaign by the NFL players. The players will be wearing their cleats in support of their chosen cause.

Read More
In September of 2011, the United States Congress passed legislation raising the debt ceiling from $14.3 trillion to…
Read More

Read More
The world of information is complex – and false stories and images are common on social media. The…
Read More
Next week is a week for wrestling fans like WrestleMania and NXT TakeOver: The construction and delivery of…
Read More

Read More
On Saturday, Zach Plesac was at a Braves game with his family when he began to do a…
Read More