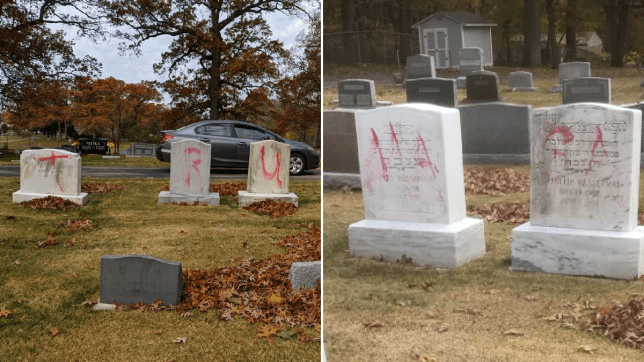 The graves in the cemetery dedicated to the Jewish community in Grand Rapids, Michigan, were desecrated with spray paint (Photo: ADLMichigan/Twitter).

The gravestones of a Jewish community cemetery in the United States were destroyed by graffiti on the eve of the American elections by Trump and MAGA. Yesterday, a gruesome act of vandalism was discovered in a special American Jewish recreation center in Grand Rapids, Michigan.

At the cemetery of Ahabas Israel in Grand Rapids, home to a large Jewish community of 1,000 people, political statements were written on various tombstones. The vandalism, large red painted letters, was discovered hours before President Trump arrived in town for his last campaign rally in western Michigan.

The Anti-Defamation League (ADL) posted photos of the vandalism on Twitter and said the incident was being investigated by law enforcement officials.

This is what the Michigan branch of the ADL said in a statement on its Facebook page: We are shocked by reports of the desecration of gravestones at the Ahabas Israeli Cemetery in Grand Rapids, Mississippi.

We are shocked by reports of the desecration of gravestones at the Ahabas Israeli Cemetery in Grand Rapids, Mississippi. We are in close contact with the Jewish community and law enforcement to investigate this vandalism. Picture.twitter.com/mVeGrlsWxE

We are in close contact with the Jewish community and law enforcement to investigate this vandalism.

Grand Rapids Police confirmed they received a report of the incident on Monday.

The cemetery Ahavas Israel, which belongs to the conservative synagogue of the same name, is located in the residential area of Grand Rapids, not far from Catholic, Lithuanian-American, and municipal cemeteries. The 125-year-old community of Ahabas Israel is one of the few synagogues in Grand Rapids.

An unpleasant act of vandalism is imminent, and tensions throughout the country continue to rise towards the end of a fierce and divisive American presidential election campaign. In recent weeks, physical clashes between rival voters have been reported and ballot boxes have been burned in South Carolina. 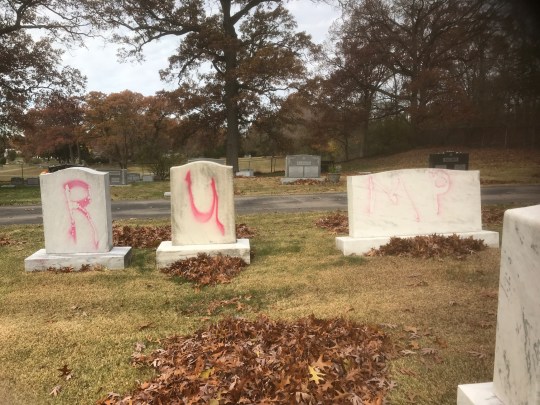 The vandalism was discovered on the eve of Monday’s American presidential election (Photo: ADLMichigan/Twitter). 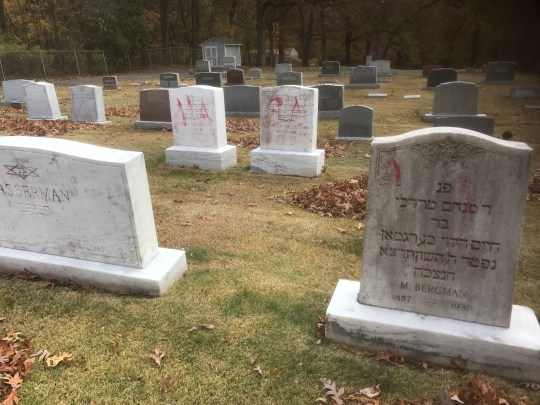 Vandalism is being investigated by local police authorities (Photo: ADLMichigan/Twitter)

In an interview with the Washington Post, Carolyn Normandin, regional director of the ADL in Michigan, said that tensions are high and everyone is wary of all sorts of difficulties.

But it’s especially disgusting because it’s terrible to know someone’s disturbing the graves. It’s not fair.

It’s hard to understand what’s going on in the head of someone who could attack the grave. This is a personal attack on a man who can’t do anything about it.

For more detailed information and analysis of the American elections, click here.